This week, we continued to plan for a sustainable future while learning more about our legacy.

Estate Manager Paul Barnes wanted a better overview of the estate than you can get at 5’8” tall. He’s done his drone training and become a virtual pilot. Operating above the tree canopy, Paul’s drone will showcase the beauty of the landscape and prove invaluable in its management.

Andy Hope and his team from Hope Ground & Tree Care worked hard this week to plant an impressive total of 2,500 English oak trees in three large, cleared areas on the estate. Each of Andy’s team planted 278 trees per day. They certainly earned their pay and their dinner. 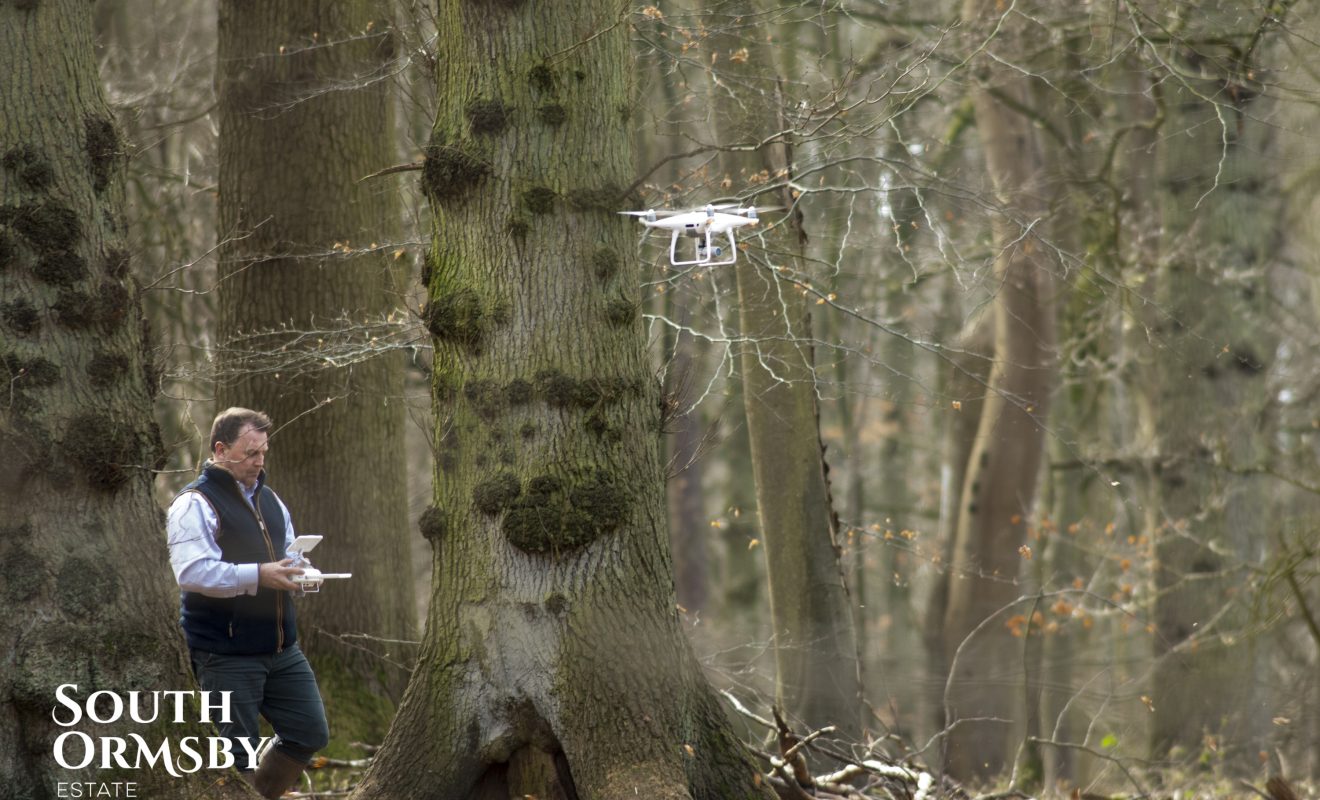 The areas were cleared in the last few years for various reasons, not least the scourge of ash dieback. The ground had been prepared for the team – broken up by a harvester and mulched – but the work is always strenuous. The ground was soft in some places and sticky in others due to wet weather and thick clay. With previously forested land, it’s common to drop in a stake or spade and find old roots that must be moved aside or worked around.

In Andy’s experience, 85% or more of newly planted hardwood saplings will survive to maturity. Disease, extreme weather and competition between trees can take a toll. On the other hand, research suggests that trees share information and resources via their root systems. An ailing tree will be supported until it ceases to be viable, at which point the sharing ceases.

In its body, root system and fallen leaves, the English oak (Quercus robur) supports more life than any other native tree. Various sources suggest that an average broad-leaf tree absorbs a tonne of carbon dioxide over a century. The English oak takes a long time to mature, but when established offers greater carbon-absorbing mass and longevity than its neighbours. The Woodland Trust estimates that a mixed hectare of growing, native trees can absorb 400 tonnes of carbon into its complete biomass – its wood, roots and soil. 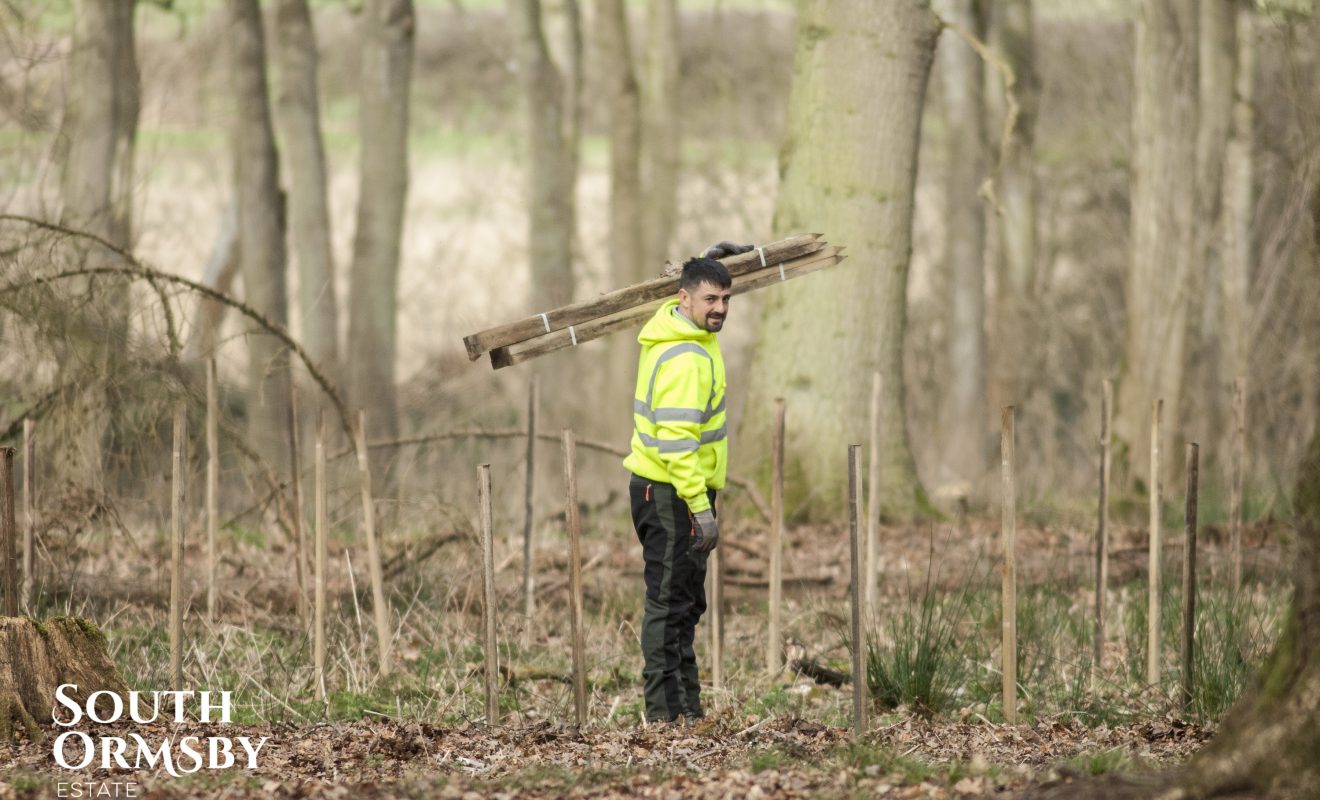 Based in Wakefield, Andy Hope has been in the tree-planting business for ten years and self-employed for three. He fell into the job accidentally when he helped out his father-in-law; despite initial reservations and the physically tiring nature of the work, he now loves what he does and wouldn’t choose anything else. The vital importance of planting and nurturing trees is currently in the spotlight, which is good news for Andy’s business.

At the Hall, the Layers of History team from Heritage Lincolnshire brought historical expertise and cutting-edge equipment to South Ormsby. Their plan is to digitally reconstruct the estate in its 18th-century form.

Their first focus is the long vanished original rectory, north of St Leonard’s Church. This austere, long vanished building was famously condemned as ‘a mean cot’ by an early resident, Samuel Wesley (1662-1735), the father of the founders of methodism, John and Charles Wesley. In 1849, the Reverend Francis Charles Massingberd commissioned a new rectory – a far finer building currently serving as The Old Rectory Guest House. 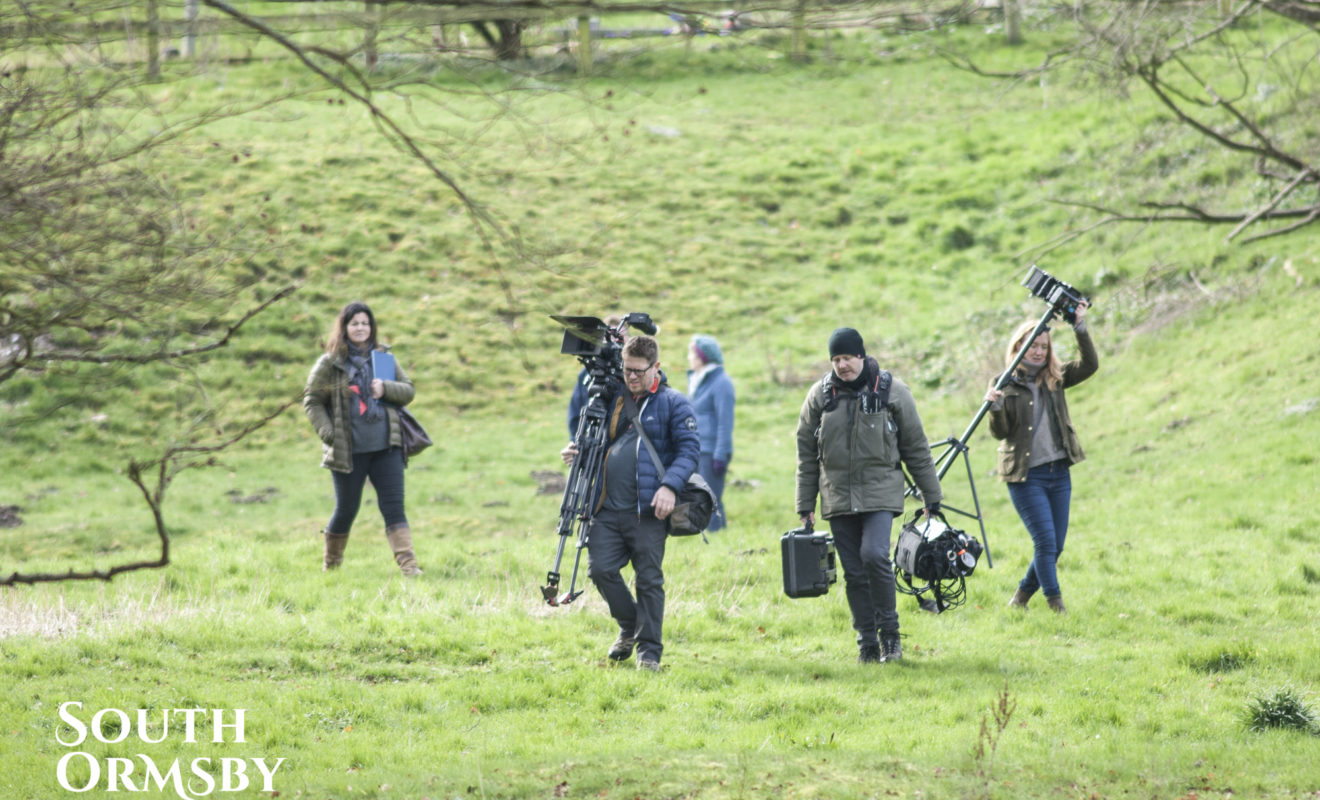 The team are also looking for traces of water features and a summer house near the Hall. The influential artist and architect William Kent (1685-1748) was sponsored by the Burrells and other grand families to study renaissance art and design in Italy. In exchange, Kent painted copies of Italian artworks for South Ormsby Hall, and later returned to England as an influential architect in the Palladian style.

When the V&A in London recently exhibited Kent’s work, a pen drawing of a summer house for South Ormsby was featured. It is possible that none of Kent’s grand visions for the estate ever reached far beyond his notebook, but we’re thrilled that the Layers of History team are helping to enrich our history. 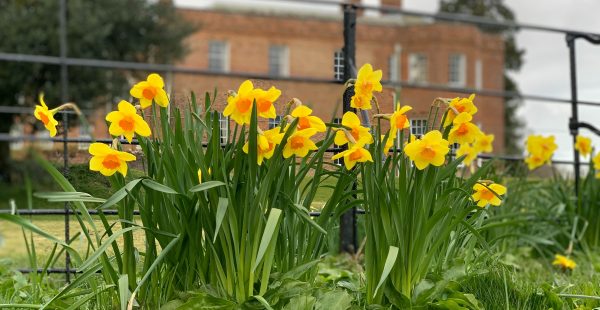 A Week on the Estate: New Buffs, Recycled Spirit & Looking Back 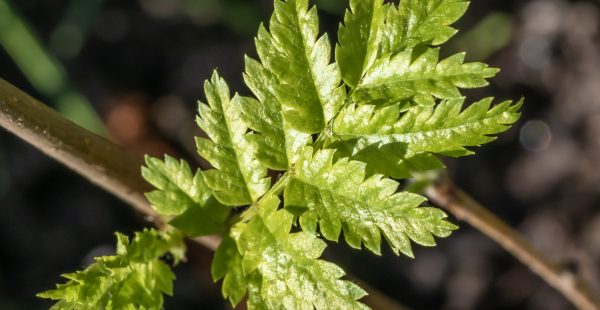 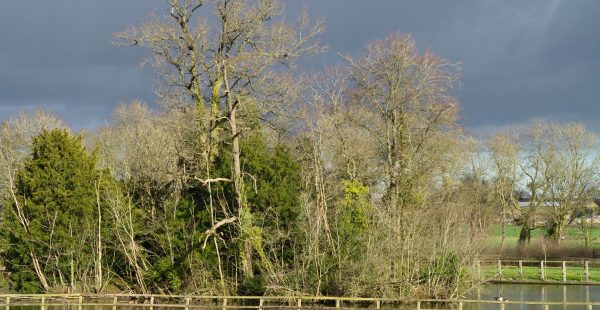 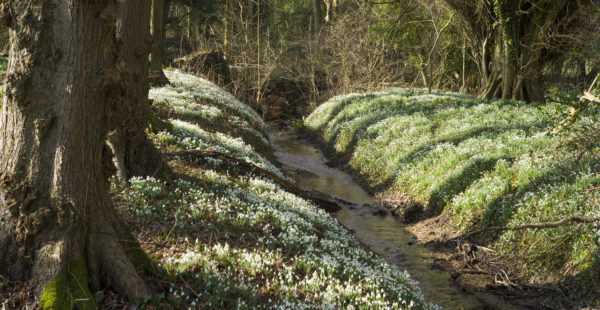 A Week on the Estate: Mulching, Test-Driving & Bumblebees